The best connected Mediterranean port with 157 direct connections with other ports, where more than 20 shipping companies operate in the docks of the Strait dock, as well as the most important maritime alliances.

According to UNCTAD data, Algeciras is located:

This 2020 ranking is extracted from the latest report on the role of ports in the global container shipping network of the United Nations Conference on Trade and Development (UNCTAD). 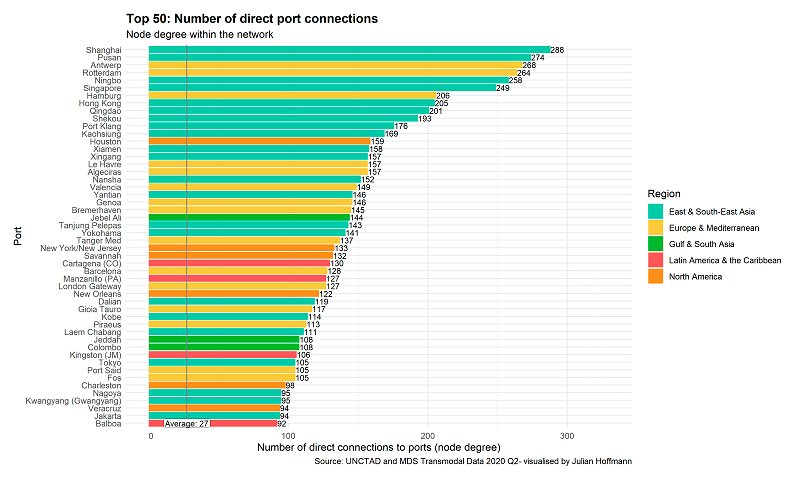 The document explains that Rotterdam is the main intermediate port, with 42,656 port-port connections that include the Dutch port among the best routes for maritime transport. This classification is followed by the Belgian port of Antwerp and the German port of Hamburg.

UNCTAD points out that the main European ports are better connected than Asian ports, although in relation to the percentage of direct links with other ports, Asian ports exceed those of Europe.

Source: The Maritime and Logistics Channel

About the Author: administrator